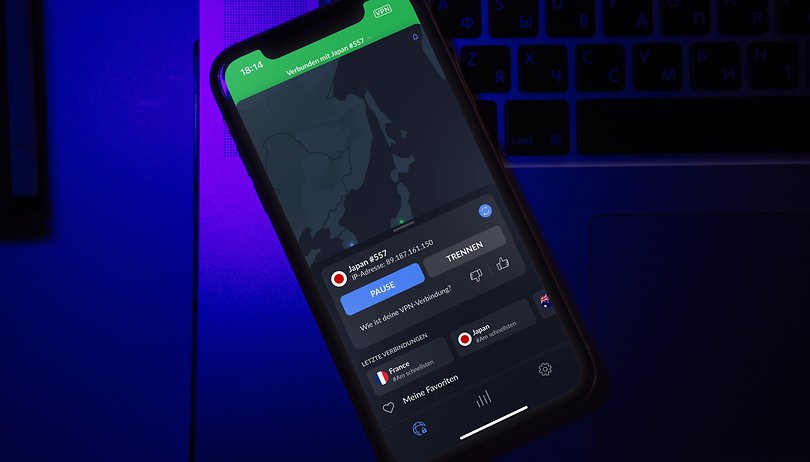 One of the biggest players in the virtual private network industry, NordVPN appears to hit all the right notes in providing a service that offers everything a customer would want. NordVPN is super fast, packed with useful features, and it’s a breeze to use. It’s based in a privacy-friendly jurisdiction and offers all the standard security and privacy features users should expect from a quality VPN, plus a handful of extras like double-hop VPN and Onion over VPN. And it’s pretty affordable for how much it can do, even if it’s not the cheapest VPN out there.

Speed – How Fast is NordVPN?

During daily use, there is no noticeable difference in speed, not even while gaming.Speed test results for NordVPN. 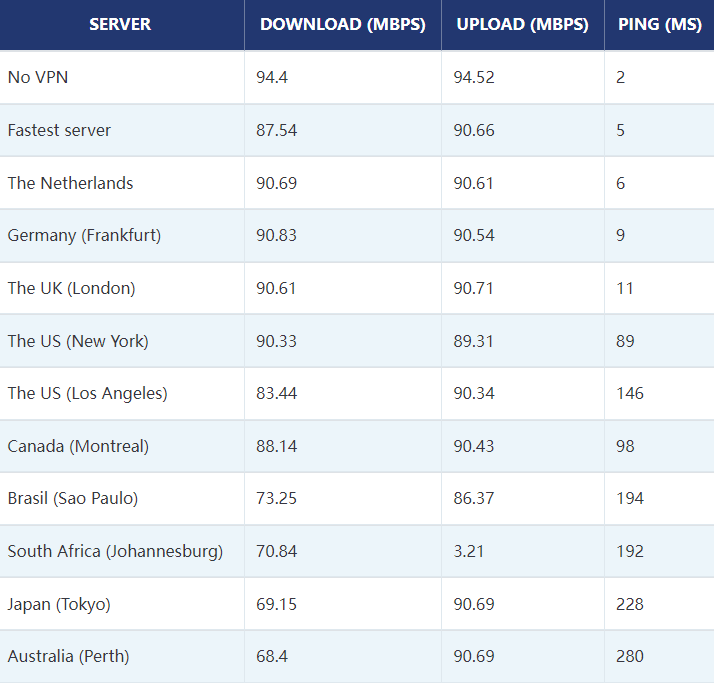 We started off by measuring our connection speed without a VPN. We then compared it to test results obtained on local and faraway servers.This allowed us to gauge the impact of distance and encryption on our performance. We tested NordVPN from our headquarters in the Netherlands using NordLynx (their fastest VPN protocol).Since the overall performance hinges on your location and starting speed, your results might differ. So, you should view the table below as an indicator of potential speeds. With all that out of the way, here’s how NordVPN performed during our testing circuit:

NordVPN speeds during daily use

NordVPN is definitely as fast as you’d expect! You won’t even know it’s there during regular low-impact browsing. Downloading torrents and games from Steam were also remarkably fast.

We played Diablo 2 in an eight-player party and everything went smoothly and without run-ending lag. Finally, we watched plenty of shows on Netflix and a ton of YouTube shorts with zero problems.

Having said that, if you prefer bandwidth-hungry multiplayer games, we recommend choosing servers closer to you. Also, if you’re using a browser with boosted privacy, the extra encryption can drop your speed a bit further.

Though NordVPN operates worldwide, its headquarters are in Panama. That’s a big plus for us because Panama falls outside of Five Eyes, Nine Eyes, and 14 Eyes jurisdiction.1

For all the VPN newbies out there, those are surveillance alliances among countries. Depending on a VPN company headquarters location, government entities could force a company to give up data it gathered about its customers. For instance, governments can ask VPN companies to provide IP address logs for use in criminal investigations. While we don’t condone cybercriminals, it’s a huge red flag in our book if the government can willy-nilly access user logs of VPNs. And that’s why we love NordVPN. It’s outside the jurisdictions of government bodies that can do that.

HOW SECURE IS NORDVPN?

NordVPN also provides excellent security for its users. All apps get a kill switch that automatically cuts your connection if your VPN drops (it’s reliable and a must-have for anyone that demands utmost security), and another that closes certain programs in the same scenario. Both of these are very useful for those looking for a torrenting VPN – but we’ll explore that a little more later.

The VPN effectively blocks DNS and WebRTC leaks – which we tested on DNS Leak Test, IPLeak, and others services with great results.

What’s more, NordVPN has also recently had its Android VPN app certified by the ioXt Alliance, meaning low-level features have been thoroughly tested and proven secure.

Setting up a VPN connection on your router allows you to bypass the limit of simultaneous connections set by the provider (six, with NordVPN). It also enables you to connect to the VPN service without a dedicated app – just connecting to the router does the trick.

NordVPN can also give you a dedicated IP address. This means that you’ll get an IP that no one else can use except you. This is great for online banking — if your location changes too often when accessing your account, your bank could block you.

It’s also beneficial for businesses. If you want secure access to your systems, you can give each employee a dedicated IP address and whitelist them, effectively banning anyone who’s not on the list (thus keeping your sensitive files secure).

Shared IP addresses can also end up on blacklists by a lot of websites (you don’t know how someone before you used the IP). So, you can get blocked by a website without doing anything wrong. Having a dedicated IP prevents this.

While this is great in some cases, it’s also not necessary to use it all the time. It limits you to only one location, which is not ideal for streaming or torrenting.

What VPN Protocols Does NordVPN Offer?

NordVPN uses NordLynx (an implementation of WireGuard) by default in its Android, iOS, macOS, and Windows apps. OpenVPN is also available on all those platforms as a backup. IKEv2 is available for iOS and macOS apps only.

OpenVPN and IKEv2 have long been the gold standards for VPNs, but WireGuard is increasingly popular. It’s easy to see why: like OpenVPN, WireGuard is open source, but it uses newer encryption techniques and yields better speeds.

Where Are NordVPN’s Servers Located?

NordVPN boasts servers in 59 countries(Opens in a new window) and provides good geographic diversity with its servers.

The bulk of NordVPN’s servers are in the US and the UK, which is not unusual for VPN companies. However, NordVPN also has a sizable mix of servers the world over. The company currently offers one location in Africa (South Africa), a continent ignored by most other VPN services.

NordVPN’s collection adds up to 5,539 servers. More servers do not necessarily mean better service, but having numerous options is generally useful. You’re more likely to find one near you, and the one that’s near you is less likely to be bogged down by too many users.

As far as the machines themselves go, NordVPN recently added several 10Gbps servers to its fleet, replacing some 1Gbps machines. The company says this effort will help handle the increase in data that will come as 5G service rolls out more broadly. protections as well.

Can you get NordVPN for free?

Yes, you can get NordVPN for free, using a free 7-day trial. With this method, you’ll be able to use NordVPN with any device that you’d like.

To make this work, you’ll need to download NordVPN on your Android device. It’s also important that this account shouldn’t have any NordVPN accounts registered already.

After downloading the app and making the account, you’ll initiate your free 7-day trial. Afterwards, you can use NordVPN on other devices, too – simply download the app and log in with your current credentials.

But even though you’ve downloaded the VPN on your mobile device, you can use the same credentials on all of your devices.

After the trial period expires, a normal plan starts. Luckily, there’s a 30-day money-back guarantee, so you have a month to ask for a refund. In total, this can get you 37 days of free NordVPN. That’s plenty of time to test the waters.

Free NordVPN is as safe as its regular version. It also uses solid encryption with top-notch tunneling protocols. Plus, you can connect to any server you’d like, just like you could when using paid edition.

What methods can you use to pay for NordVPN?

There are plenty of payment options provided by NordVPN, with support for cards, PayPal, Bitcoin and other cryptocurrencies (via CoinPayments), and assorted other systems (AmazonPay, UnionPay, SOFORT Banking and more).